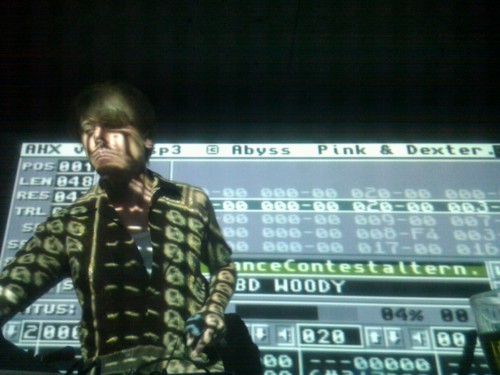 Chip Music Festival 2013 is presented by Campbelltown Arts Centre in association with ISEA2013, as part of the Catching Light exhibition and the centre’s Contemporary Music Program.

Australia is fast becoming known internationally for its involvement in the ‘Chip Music’ scene. Building upon this, Campbelltown Arts Centre presents a festival day of workshops and performances curated by Alex Yabsley, based around the retrofuturistic aesthetic of embracing archaic technology to create something new.

Curated by Alex Yabsley (Australia) on behalf of Soundbytes

Alex Yabsley (Dot.AY) is a performing electronic musician who specialises in new and experimental forms of electronic music performance and composition. In 2007 he completed a Bachelor of Music Technology with Honours at the Queensland Conservatorium. The dissertation completed for his Honours year was entitled “The Sound of Playing: A study into the Music and Culture of Chiptunes”, Chipmusic is an electronic music form focusing on pushing archaic computer hardware to create music, namely videogame consoles.

Since this time Alex has dedicated his creative career to the performance, promotion and development of Chip Music.

In regards to performance Alex has played extensively around Brisbane as well as in Melbourne, Sydney, Adelaide and recently performed at the inaugural Blip Festival Australia after previously playing afterparties at Blip Festival Tokyo and New York. He has also collaborated with cult superstar Amanda Palmer on a cover of the Lana Del Rey song videogames, supported international artists Crystal Castles, Girl Talk, Glomag and Dan Deacon and was featured on the ABC TV program Good Game. On top of this he has conducted workshops, performed at showcases and artist presentations at ACMI, Sound Summit and Electrofringe.