There are a number of events on before and after ISEA2013 so be sure to make the most of your trip!

Sydney will once again be transformed into a spectacular canvas of light, music and ideas when Vivid Sydney takes over the city after dark from 24 May – 10 June 2013.

The University of Technology, Sydney will host the International Conference on Creativity and Cognition from the 17th to the 20th of June 2013. The organising committee would like to invite you to join us in Sydney for another conference in this very successful series.  For 2013 the conference theme will be Intersections and Interactions, due to the inter-disciplinarity that is inherent in the study of creativity and cognition.

Computational creativity is the study and simulation, by computational means, of behaviour, natural and artificial, which would, if observed in humans, be deemed creative.  The Fourth International Conference on Computational Creativity will be held June 12 – 14, 2013 in Sydney, Australia.

Musical Metacreation is a forum for the emerging community of people making software that autonomously generates music. It engages with science, design, technology, philosophy, culture and aesthetics. Following the 1st International Workshop on Musical Metacreation in October 2012, we are happy to announce MUME-WE-2013 in Sydney, a weekend of concerts, installations, panels, demos and other music listening.

You can also visit the What’s On! Website for up to date information on events and activities in Sydney:  whatson.cityofsydney.nsw.gov.au

Balance-Unbalance is an International Conference designed to use art as a catalyst to explore intersections between nature, science, technology and society as we move into an era of both unprecedented ecological threats and transdisciplinary possibilities. The previous events, held in Argentina in 2010 and Montreal in 2011, provided a powerful platform for reflection, debate, and ideas leading towards Balance-Unbalance 2013, hosted in the UNESCO Noosa Biosphere Reserve on the Sunshine Coast of Australia. The 2013 conference theme, Future Nature, Future Culture[s] is aimed to provoke discourse around what our elusive future might hold and how transdisciplinary thought and action could be used as tools for positive change. 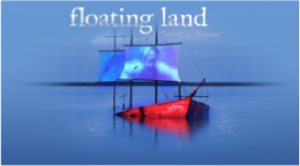 Floating Land is a biennial 10-day environmental art festival held on the Sunshine Coast, Queensland, Australia that brings together international, national and local artists to explore environmental themes through art and dialogue.

The festival is an initiative of Sunshine Coast Council, hosting workshops, performances, installations and presentations that use creativity as a means for generating discussion and awareness about the environment to promote learning and change.

A series of events with artists who take inspiration from computer culture.  See, hear and learn from international artists, programmers and thinkers from the frontlines of the maker aesthetics.