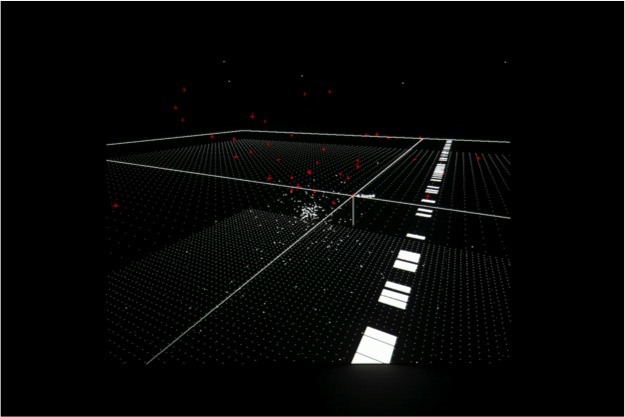 Ryoji Ikeda will perform datamatics 2.0, a one-night only event at Carriageworks on the evening of Friday 7th June. This is a new full-length version of Ikeda’s acclaimed audio-visual concert.

For datamatics 2.0, Ikeda has significantly developed the earlier version of this piece (premiered in March 2006), adding a newly commissioned second part. Driven by the primary principles of datamatics, but objectively deconstructing its original elements – sound, visuals and even source codes – this new work creates a kind of meta–datamatics. Ikeda employs real–time programme computations and data scanning to create an extended new sequence that is a further abstraction of the original work. The technical dynamics of the piece, such as its extremely fast frame rates and variable bit depths, continue to challenge and explore the thresholds of our perceptions.

Photo by Ryuichi Maruo. Courtesy of Yamaguchi Center for Arts and Media (YCAM).