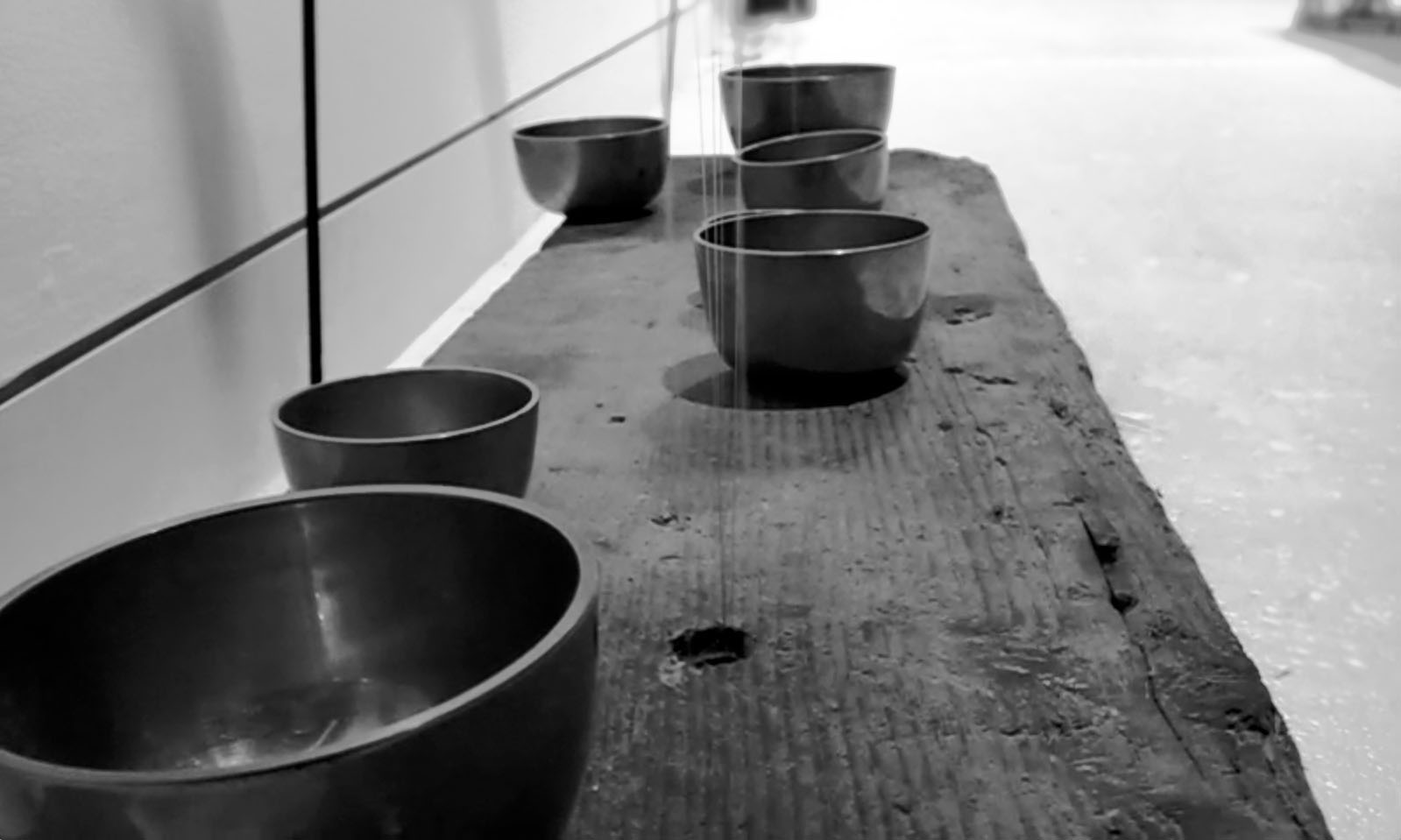 Presented by ISEA2013 and the University of Technology Sydney.

Within the sonic world there is no separation; sound enters our bodies as vibration, immersive and continuous. Sound is the one fundamental phenomenon that we are immersed in – every living, moving thing is producing sound continually – it flows between distinct elements and binds them together. We experience it both actively, by listening, and also subliminally – and from it we draw conclusions about our world. EchoSonics investigates the close relationship between sound and natural, biological and environmental phenomena through the work of four artists practising within the field of sound art, and combining cultural and environmental issues in their audio-installations. Many of the works suggest the subtle ways in which sounds address us.

This kinetic sound installation and live performance instrument is based on the Leslie rotary speaker used in the 1960s-70s to create early stereo vibrato effects, notably with the Hammond organ. The system is powered by direct, fluctuating audio voltage and bass frequencies which govern the speed at which the horn spins, creating an uncanny pattern of sound frequencies with stereo modulations and spatial sonic reflections. The sounds played through the horn are composed from field recordings made at the former Mungo Scott Silo complex in Summer Hill, Sydney.

Mark Brown is a Sydney-based sound, installation and photomedia artist exploring the phenomenology of space, architecture and acoustic atmospherics. His practice has evolved into a poetic response to site, critiquing the history and function of architecture by documenting and making manifest unseen and unheard phenomena in space.

Tweets, once the sounds of birds chirping, are now the data of social media texting; the twittering of this physical computing real-time composition machine is inspired by both birdsong and the chaotic twittering chorus of social media. 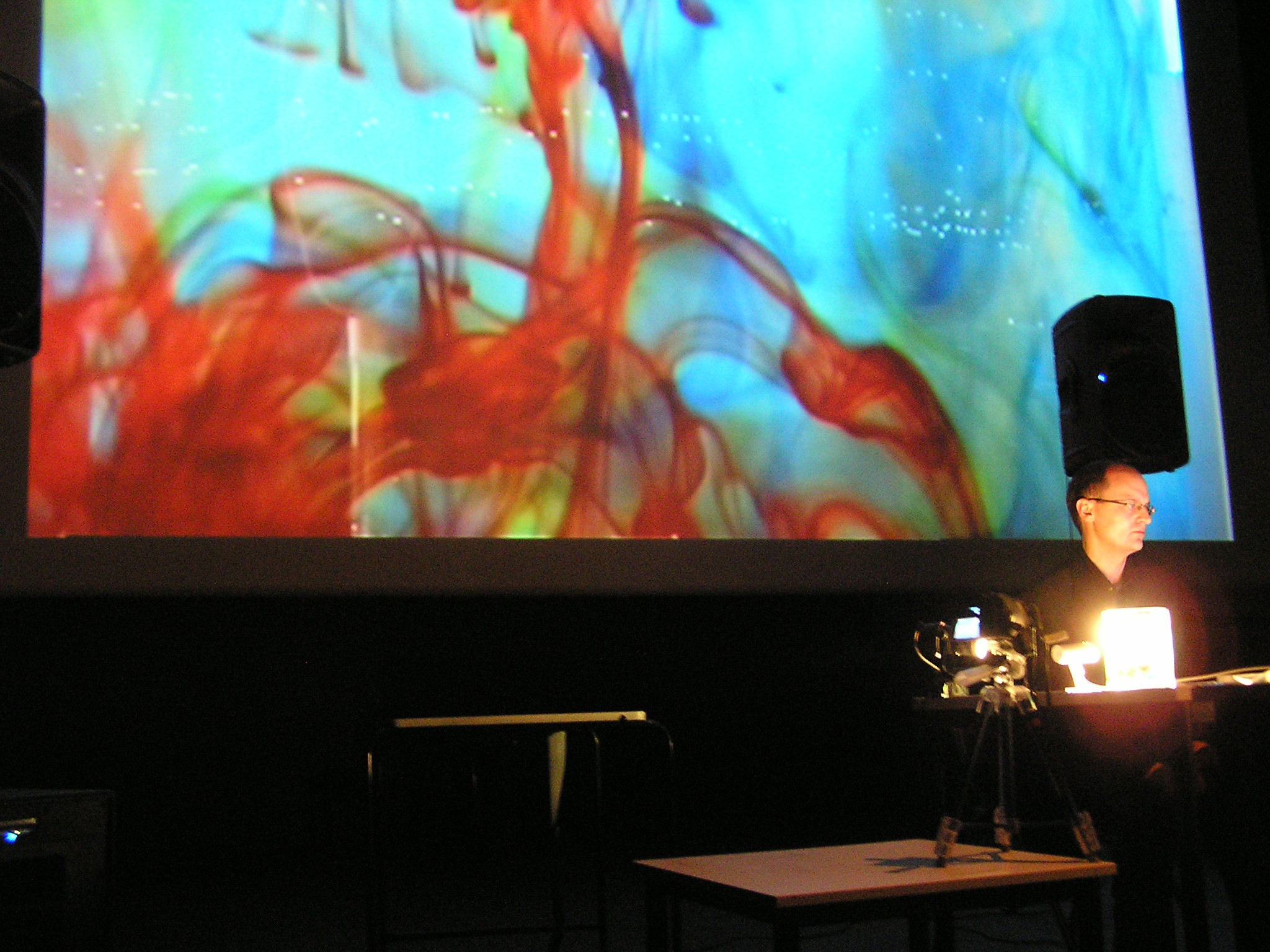 Inspired by the swirls, vortices and lemniscate-like patterns created by moving fluids, Flowforms uses the movement of coloured dyes in a semi-viscous liquid to generate an electroacoustic soundscape in realtime. Video tracking coloured droplets of ink dripping into a clear viscous liquid, mapping to image processing and individual grains of sound combines process with signification, determined by the natural indeterminate dynamics of fluid motion.

Jon Drummond is a Sydney-based sound artist and composer whose work explores interactive electroacoustics, sonification of natural phenomena, acoustic ecology, and real-time interactive performance systems for acoustic instruments. His works have been presented at many festivals and conferences, including The Adelaide Festival, the International Computer Music Conferences, New Interfaces for Musical Expression, and the World Forum for Acoustic Ecology. Jon is currently a Senior Lecturer at the University of Technology Sydney, teaching on the newly established Bachelor of Sound and Music Design degree program. His research interests include human-computer interaction design, new interfaces for musical expression, gesture analysis, improvisation, sound spatialisation and data sonification. 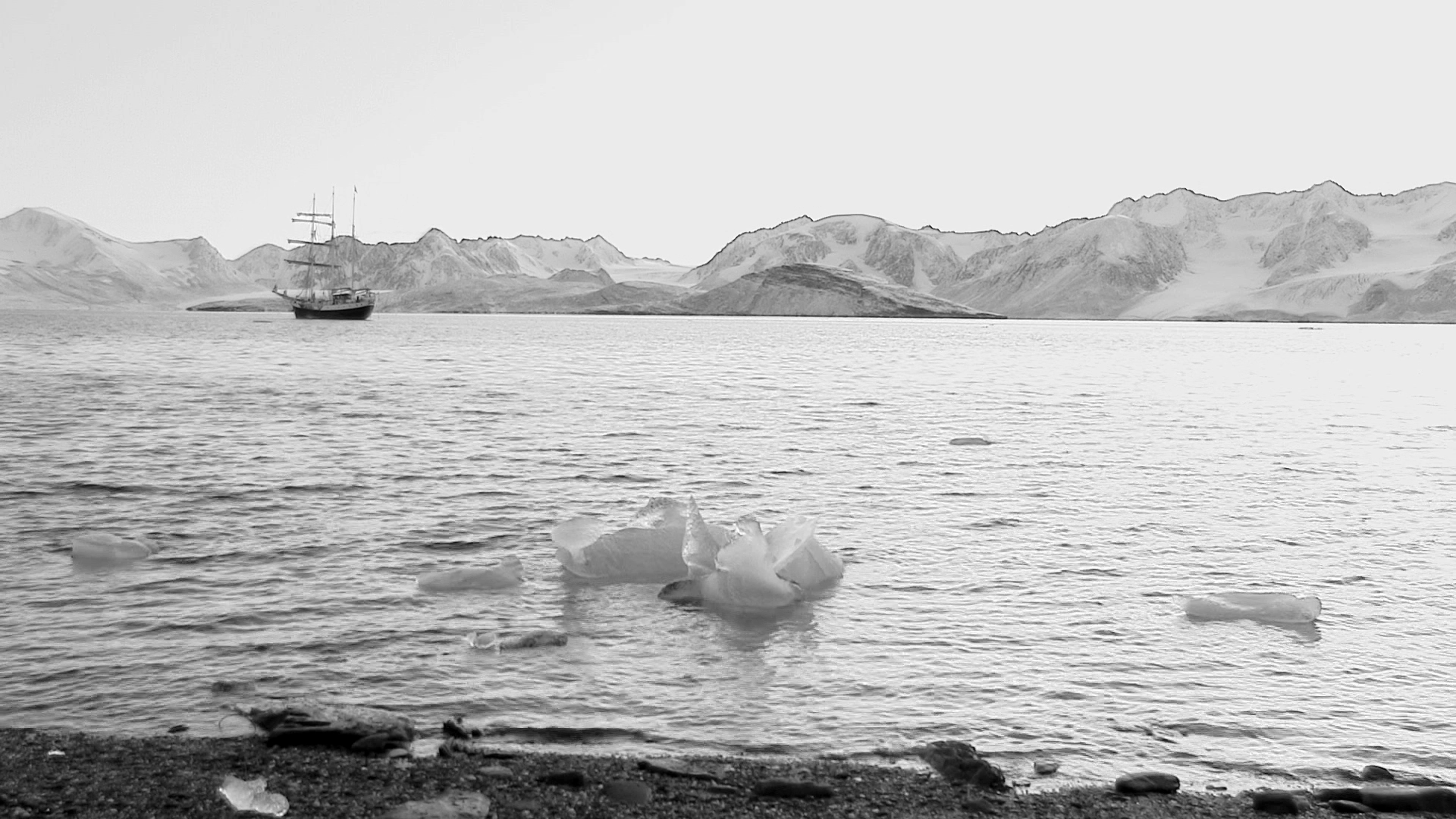 The essential ‘otherness’ of frozen landscapes permeates this multi-channel video work. Based in part on writer Arthur Koestler’s press reports filed from the 1931 airship flight to the high Arctic, it explores “the polar imaginary” through material gathered on the sea and in remote locations around the Svalbard archipelago. No recordings survive of Koestler’s radio transmissions from this journey, noted for his vivid and entrancing account of what is essentially a largely invariant terrain of ice and snow; however, his newspaper dispatches are part of the public record. The polar territories have now been extensively explored and mapped, and are far better understood than they were in Koestler’s time, yet their qualities of spatial and geographic disorientation remain as essential characteristics. This work re-imagines the spaces of these reports, presenting them in a contemplative framework to allow “a long view of long views”.

Ed Osborn utilises many forms of electronic media in his installation, video, sound, and performance works, which demonstrate a tactile sense of space, movement, image and aurality combined with a precise economy of materials. He has been awarded a number of grants and residencies internationally, and has exhibited internationally, including at the singuhr-hörgalerie and the Sonambiente Festival (Berlin), the Berkeley Art Museum (California), Yerba Buena Center for the Arts (San Francisco), Artspace (Sydney), the Institute of Modern Art (Brisbane), the Kiasma Museum (Helsinki), MassMOCA (North Adams, MA), the Auckland Art Gallery (Auckland) and the Sonic Arts Research Centre (Belfast, Northern Ireland). He has lectured and taught in numerous institutions, and is currently Assistant Professor in the Visual Art Department at Brown University.

Production of Albedo Prospect was supported by the Arctic Circle residency program, the Experimental Media and Performing Arts Center at Rensselaer Polytechnic Institute, and the Faculty Development Fund at Brown University. 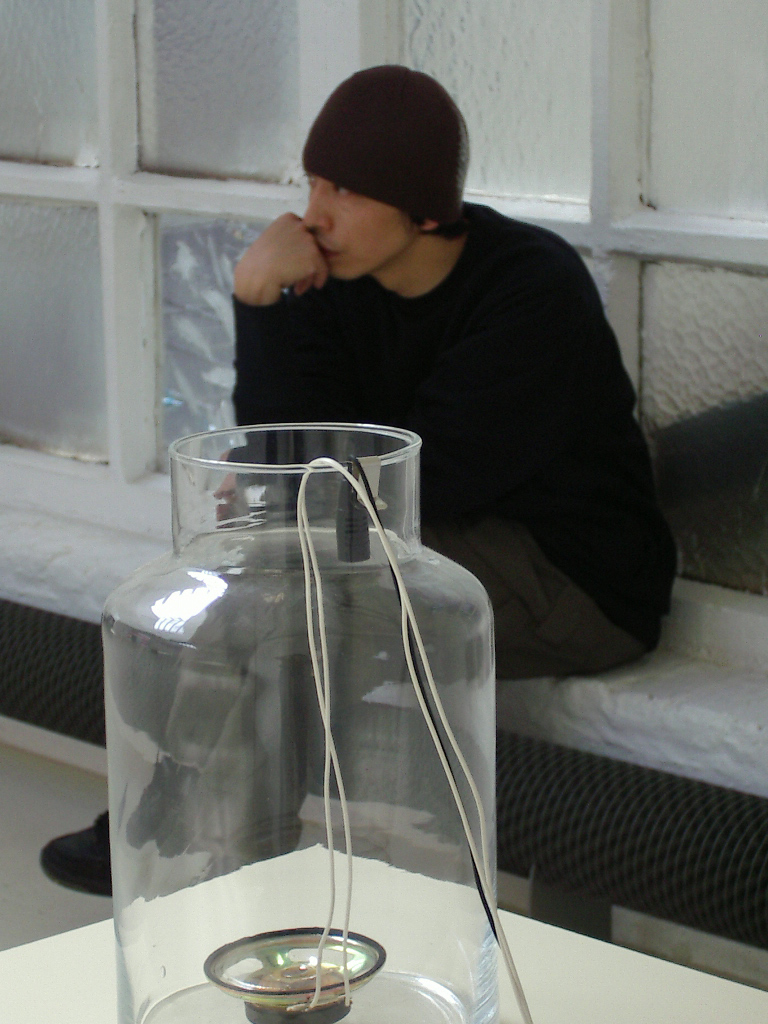 Minoru Sato has been thinking about ‘heat’ a lot recently, from his perspective its lack of palpability rendering it ‘ghostly’.  Sato muses on the very narrow temperature range within which we and our technologies exist, contrasting these with the extremes of the core of the planet, the surface of our Sun or even the core of an incinerator.  Whilst these are unimaginable they are not exceptional in the grand scheme of things.

In this work Sato creates a microscopic world of heat energy, transforming and transducing heat into a sonic experience, inviting us to reconsider our relationships to natural phenomena.

This work is supported by the The Japan Foundation.

Minoru Sato is interested in the relationship between descriptions and artistic representations of nature, and creates “installations, multiples, performances and texts” that explore physical phenomena and various related concepts. Having run the music label ‘WrK’ from 1994 – 2006, he now creates music both solo and collaboratively, and also curates and organises contemporary art exhibitions and events. He has exhibited and performed extensively around the world.

Monday to Friday, 10am till 6pm