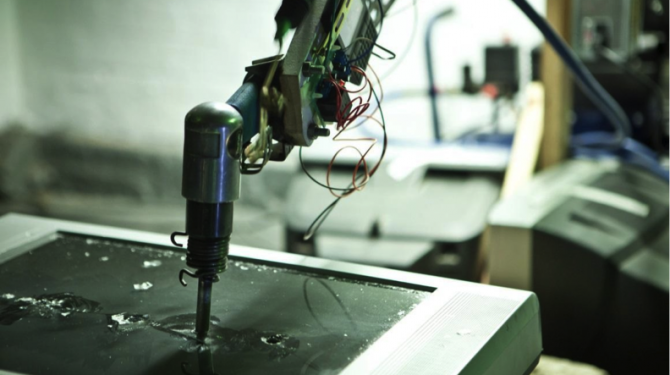 Following on from Saturday night’s performance, Firstdraft Depot will host all the performers for a round of presentations and discussion. The artists will be in discussion with Sydney based writer and thinker Nick Keys, who will be exploring their practices, strategies, ideas and thoughts on technology.

Brisbane collective Golden Solution, in residency at The Depot in the lead-up to this event, will present new work developed on-site. Performing alongside Golden Solution, each with their own unique sound making apparatus, will be some of Australia’s most exciting practitioners in this area: Benjamin Kolaitis, Peter Blamey, Alex Cuffe and Pia van Gelder.