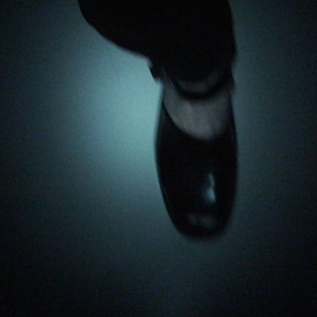 Image courtesy of the artist

Do you feel as if something is following you? In Margaret Seymour’s new work concerned with power and surveillance in contemporary society, three robotic ‘video objects’ follow people around the gallery. Shot in ‘film noir’ style, the work examines a contemporary issue, yet mimics surveillance techniques more commonly encountered in movies and spy novels. Like a shady private detective or perhaps an unwanted suitor, each TRACKER tails its viewer but also tries to keep its distance, creating a playful ‘cat-and-mouse’ chase that belies its more serious side – it is linked by WiFi to the share prices of a company (such as Boeing or Northrop Grumman) that makes the robot spy planes, or UAVs, used in Iraq and Afghanistan. As the share price of its particular company rises the TRACKER become more ‘hawkish’ and moves closer to its target. TRACKER previews during ISEA2013, on Saturdays 8th and 15th June, when the artist will be on hand to talk with visitors about the project.

Margaret Seymour began her professional career in theatre and film production, where she worked with highly acclaimed local and international directors and theatre companies.  Since returning to art practice, Seymour has increasingly examined ideas of vision and spectatorship within her sculptural objects and installations, as well as exploring the creative potential inherent in contemporary vision machines. She is currently a lecturer at Sydney College of the Arts, University of Sydney.

This project has been assisted by the Australian Government through the Australia Council, its arts funding and advisory body.around the world

Saturdays only – 8th and 15th June